This guy's name is Jeff Walker. He has sold, I think, millions of dollars'
worth of his product and his coaching course on how to create these launch funnels and
do massive product launches. So, he kind of created this launch funnel. In the past, what you used to see is a lot
sales pages like this. Where you have like a really long form sales
page. We can see that this is just super long, there's
so many things in there. And what Jeff Walker aimed to do was actually
take that long form sales page, which people probably aren't reading and to convert it
into a launch funnel that ultimately generates more sales. So, let's have a look at that in more detail. I'm going to jump into my drawing app here
and forgive me, because I am a really bad drawer. But what used to happen in the past is you
would have these really long sales pages just like this.

That's my really long sales page. So we're actually going to scrap that idea
and we're not going to do that anymore. What we're going to do instead is elongate
that sales page over time. So, what we're going to do is to have not
one, but 4 different sales pages sent over time. And in fact, what most people do is send out
4 videos over time. These are play buttons for my videos. Basically, video number 1, 2, 3 and 4. And what happens and what people do is the
first 3 videos are valuating videos. So, this is just free things that you give
out. You give out lots of information, you build
a lot of trust with people. And then, video number 4 is when you go ahead
and you pitch your product and you sell it. Generally, you have a time period where video
number 4 opens and it's available for sale; which is here.

It stays open for up to a week and then it
closes and people can't access it anymore. That's generally what happens with a launch
funnel. What might happen is this will go out on day
1. There might be a 3 or 4-day delay here. So, this will go out on let's say, day 4. And we might have a couple of days between
2 and number 3. So, this might go out on day 7 or maybe day
6. Basically, the video number 4 tends to go
out after video number 3. So, let's call that number 7 and that's going
to be open for a week and it'll close down on day 14. So, why would you use this launch funnel system? Well, the goal is to have better conversions
of your product.

So, more people signing up or purchasing your
products. You're getting engagement on your content
because you're sending it out over time and you're getting increased trust in people as
they watch the first 3 videos. They're beginning to trust you. And also, you can add a scarcity offer, "We're
only open for 7 days" or "We've got a special offer for the first 7 days". And so, you can get a great influx of sales
in a very short period of time. So let's go back to our drawing pad. For a regular launch funnel, we do it to our
entire list or the entire world at the same time. So, we have a date scheduled that things go
out. So, let's say it's the start of the year and
for video number 1, it's going to go out on January 1. And then, video number 2 is going to go out
3 days later, so it'll go out on the 4th of January. Video 3 will go out another 2 days later,
that'll go out on the 6th of January. And then, video 4 will go out on the 7th of
January and close on the 14th of January.

Okay, so this is open for a set week. So, our sales are open for a set week and
these go out on set dates. But we want for our Evergreen Launch Funnel
is for this to occur all-year round. So, rather than this going out on January
1st, we want this to go out on day 1 of when someone signs up for our email list or whenever
they take an action where we can put them into this funnel. So, day 1, it could be January 1. It could be February 28th. It could be December 25th. It could be any date at all that they enter
this funnel and then they'd go through the funnel based on where they'd entered. So, for video number 1, they would go on day
1. Video number 2, let's say day 4. Number 3, day 6 and number 4 would be day
7. Let's say someone signed up for your email
list on the 7th of March. 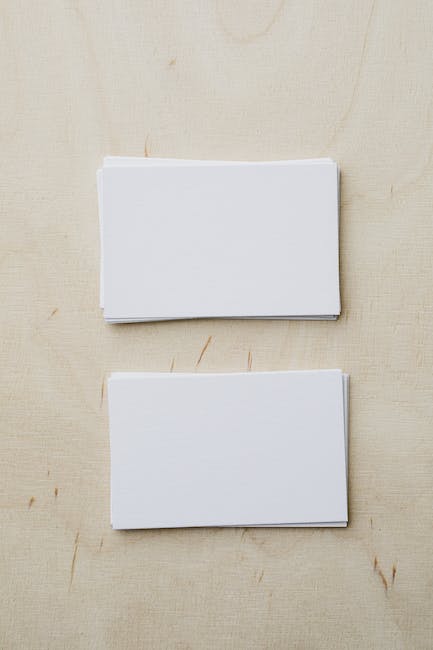 That will then close on the 17th of March. The goal is that this person who signed up
on the 7th of March will have the same launch experience as the general audience that we
sent out on the 1st of January. So, it's the same experience as if it went
out to the entire world, but it's individualized for each individual person based on when they
sign up. We'll talk more about the technology behind
this in the next video, but basically what we will be doing is splitting people up into
weekly segments. So, actually, in this case, it'll be people
who signed up between the 3rd and the 9th of March, will then go into this sequence
and receive video number 2 on the 10th.

And anyone who signs up after that, on the
10th, would go into the next week's sequence. We'll talk more about that in the next video. For now, it's just important to know that,
basically, we want to give someone the same experience that would have with the regular
launch, but no matter when they sign up for our email list. So, they could sign up today, tomorrow, a
year from now, on Christmas and they'll still get the same launch sequence experience and
they'll get real scarcity here at the end when we're open for only 4 days, 5 days, 7
days, whatever it is we decide.

They actually get links that are unique to
them, so it really is a scarce experience for them. They're only getting 4 days to access it,
or 7 days. And then, once it closes, they can't actually
get access anymore. If they try and go, it'll say that this offer
is expired for you. So, that's the basics of "what is an Evergreen
Launch Funnel?" So, it's the same as a regular launch funnel,
but people can sign up on whatever date and they get the same experience they would get
as if we were to do a public launch funnel that was open to the public – everyone could
see it and we did on specific days. Now, as far as I'm aware, Jeff Walker does
talk about Evergreen Launch Funnels in his course, but doesn't go through the technicalities
and the technical details of exactly how to setup an Evergreen Launch Funnel.

Because it is slightly more difficult than
a regular launch funnel. Because we need that unique experience for
everyone, no matter what date they sign up. I wanted to do that for you and show you exactly
how to do it. I have run an Evergreen Launch Funnel myself
for a few months in my business with good results. So, I'll show you how to set that up. That's in the next video, How to Create an
Evergreen Launch Funnel. You can click the link below to move forward
and learn how exactly to create an Evergreen Launch Funnel or to get access to the entire
course, go to pelt.co/evergreen and you can follow through the course step-by-step there. Get access to all the transcriptions and all
the tools over there.

That completes this lesson on "What is an
Evergreen Launch Funnel?" Don't forget to give us a thumbs up or subscribe
to the channel as it helps expose us to more people. Or, if you want help setting up your Evergreen
Launch Funnel, we can help you with that. Go to pelt.co/services to see the services
that we have to offer and we can actually help you behind the scenes to get this set
up..

STOP Trying to Build Marketing Funnels (And do THIS Instead)

Generate Leads and Repeat Sales with a ManyChat Lead Funnel